Where exactly do I begin? Falling in love just happens without you or the other person realizing, at least I remember I got to the point where I looked forward to the end of the day just to see him because we had our last class period together. When I wouldn't see him I would get a bit sad and I think that is when I realized that this wasn't just some regular friendship that I have had with other people I met. Anytime when we were together I was gasping for air from the many hilarious stories and puns that he would share with me, I had never met someone like him to be honest. We shared so many insiders, we shared personal never to be told stories, I even recall when we were doing an assignment outside of class. He decided, why not pull out my I-Pod touch and take multiple pictures of Isabel like some crazy paparazzi and chase her around the lobby? (I actually wonder if he still has those pictures...) I have met him when I was around fifteen and he was eighteen, and yeah I did feel weird that he is just a few days younger than my second oldest brother but when you're seeing life through rose glass lenses that doesn't really come into the picture. When you're up in the clouds, who would want to come down to face a harsh reality?

On the first day of school, I remember our teacher told us to walk around the classroom and whenever she told us to stop we had to high five someone that was nearby or speak to the closest person. It wasn't until the second or third round that I got to him. He always wore polo shirts for the most part, with long pants, and his white sneakers. That day he was wearing a orange polo with stripes, some good worn jeans, and his white sneakers. Now what he told me on that first day I do not remember only that I was laughing and replying back with something sarcastic. Total respect came from when he followed my sarcastic comment with another sarcastic comment and we both ended up just laughing. I also can't forget that handshake and that same old smile. The handshake so proper because he didn't enjoy slapping hands like some cool kid from down the block.

He was the sweetest guy that I have ever met... One night when I was sleeping he had left me a seven text messaged long message confessing this love he had for me and I freaked out. Nothing like that has ever happened to me before, no one has ever taken the time to actually confess their feelings about me and for once I was also feeling the same way but there was just a part of me that was just not ready yet for a relationship. Perhaps I replied incorrectly to his message but sometimes I wonder where we could of been if I were to say yes,,, He was also the first one to ask me to homecoming because I had told him that no one has ever proposed to take me as a date to any dance, though something came up and we both didn't go to homecoming but I will forever treasure the fact that he asked me and my stomach was so knotted up in emotions. In fact he was also my first valentine... I remember on that Valentine's Day I was not expecting anything just like any other Valentine's Day but when I was in Spanish class there was a knock on the door and my classmate got the door. Then the delivery guy who was passing out Crush can sodas with chocolate kisses on top said my name and the whole class did the embarrassing ooo's and aaah's as the delivery guy gave me my Crush soda, I couldn't help but blush. But that was just the beginning as he said in the message I had sent him to thank him for the soda, when I was on my way to history class he purposely stepped on my shoe and I was ready to tell someone off until I realized that it was him carrying a stuffed tiger. Then told me Happy Valentine's Day again in person. I still have the tiger sitting among my army of Hello Kitty's on my bench.

My God was I so lucky to experience what it felt like to feel wanted and be needed in someone else's life in a romantic manner. Is it silly to say that after a year of knowing him I was thinking what were the odds if we had a future together?  For more than half of the year I met him, he was facing some complications at home that he wasn't going to school anymore but by then we had already exchanged numbers and we were messaging nonstop like chattery chimps. He went through some tough times and in a way I felt like I was sharing his hardships too. I want to think that he told me the major parts that was going on but I do not blame him if he decided to keep some of the information to himself. Near the end of the year he came back only he no longer had the same schedule so we no longer had a class together. Which brought me back to the same position I was in during the school year. I have a sad feeling that was when we were drifting apart and as much as I didn't want that to happen there was nothing that I could do to stop life from happening.

At the start of my junior year I actually bought him a whole pack of Sharpies for his birthday because he had told me that since his father had thrown away his Sharpies, he could no longer do his art in his notebook especially the many koi fishes that he enjoyed drawing. A little later in fall break I was already feeling like something was wrong between us because he started to keep certain things away from me. Which is something that was far off his character, it was not until I found out through Facebook that he was dating someone... When did he meet her? I don't know. How did this happen? I don't know, I thought I was the only girl he was talking to because he was the only guy I was talking to. What did he tell me after I found out? That he was too scared to find out how I would react and did not want to see me get hurt. What a knee slapper, huh?

And that is how my first love came to an end. Not even dating and I was as heartbroken as if we were dating. But either way I have learned a lot about myself during this experience, and a lot about how guys are. Things could be perfect. Life could be spent pinching away your skin to make sure you are awake rather than dreaming for certain things to happen. And as easy as that things could turn out to be they take unexpected turns. Yet what is meant to be will be meant to be and what isn't, will not. Pick yourself up, shrug off the dirt, and try again.Take your time to mend your broken heart but do not forget that there is still a lot more to experience and a lot more people out there to be given a chance.

How was your first love? 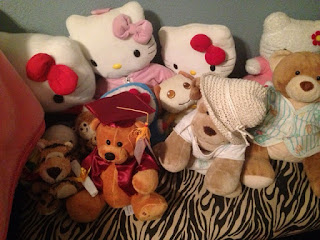