In the Hispanic/Latino culture, whenever a girl turns fifteen it is known to be a big deal. The quinceanero marks the transition of a girl becoming a woman. Yeah I know fifteen is quite young for a big step but it makes sense because naturally girls are becoming women so it is like sealing the deal and your loved ones are there on your fifteenth birthday to celebrate your big transition. Well in cases like mine where I did turn fifteen I was not given a big celebration until October where I went to Puerto Rico during my fall break to have my quinceanera, I was instead given the biggest most treasuring gift in my life. It was not a car or anything materialistic that could be cashed in, but it was my parents promise ring. As of today I have yet to take off my parents promise ring from my finger. I was told by them that when they have a daughter when she turned fifteen the ring will be hers. I asked, what if they did not have a daughter or what if they had two daughters? And they simply told me that they just knew they were going to have one. My parents in my opinion were very old school. Living in Puerto Rico, my dad would ride his bicycle over to my mom's house so often that my mom's parents at first did not like having his presence. My mom's house was up on a hill so my dad would have to walk his bicycle or pedal hard to make it up but that did not stop him from coming over. Yeah my grandparents did not approve of him which I have always thought to be pretty hilarious because my dad is the type of man to spread his love around even to those who did not want it. "Ya viene ese otra vez" (There he comes again...) is something I imagine my abuela saying. My dad's persistence was probably how my grandparents finally allowed him in the family or at least make him feel welcomed to be in it. Well one day my dad gave my mom the promise ring and with that being said that he promised that they will get married one day.

It has been difficult these past few days but I always like to remember this story because it reminds me that not everything is lost. This story is being told the way I remember it being told to me by my parents so there may be a few flaws but I am really fond of the idea of going through the process of promising someone to marry them with the promise ring, the engagement ring leading into marriage, and lastly the wedding ring that seals the whole sacrament. I know I am being vague but I promise that someday I will explain myself. For now I am just going to hold onto this precious ring and remember that love is powerful, love can fix the wounded, love is contagious, and that love comes natural. I hope that one day I get to go through the whole process with someone.

What has been the biggest promise you have made? 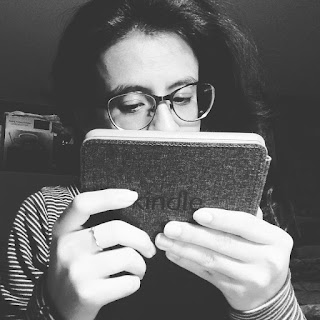