Nothing but clever thoughts

I have constantly been asking myself for the reasons behind the behaviors of others, most importantly my peers (alright, my acquaintances) and is like the pile of disappointments are outweighing the positives.

It is sad that some students do no understand that our teachers are as human as we are, or in fact more human than we are for actually being able to make a living through their own teachings. People forget that teachers go through regular stress and drama of their own and because they are not asked it does not mean that it is not occurring. Not many give their teachers a chance and instead they come up with assumptions for one independent event. Such as when I work in my school's office, it is about a regular that a student will complain that their counselor is never there when they come to see them. Excuse me, but a counselor has emergencies too, a counselor needs to nourish themselves during lunch time, a counselor gets sick too because THEY ARE PEOPLE TOO! Amazing, right? They have blood and flesh just like us, it's remarkable. Honestly, if something is going to be said it should have evidence to actually back up what is going to be said. Some people complain about their counselor not being there and they only went twice. Besides instead of complaining (which could of been time used to do something productive) come during another time or email them. Whatever it is but people have to stop expecting that the world does not revolve around them.

Something happened today in my short day of class today, and it was that my classmates was laughing at their teacher who were stating her opinions and the fact the plagiarism is indeed something that should be avoided especially in IB where if a sentence is copied, that document will be immediately be voided ruining the chance of receiving the IB diploma. I do not understand what is so hilarious about a teacher looking out for her students, in fact she has every right to be scolding the students for previous copying that has been occurring. It is understandable that she is speaking to her whole IB class of this situation occurring and that to some students it should not be a problem but it is as if people are taking IB seriously. I cannot say that last year IB class were more structured and motivated to reach the highest potential they could possibly reach but from the look of my class it is the opposite. Students believe that they can get away with anything such as copying and not have the teachers notice, but when something stinks it is quite hard to not notice the smell. I am truly appreciated through the amount of time, work, and patience these teachers has given us because it is for them that I feel confident to continue this program knowing that if I do what they tell me to do, it is for my future benefit. Teachers are people too, with emotions and sometimes they do feel insecure but the magic of actually socializing with them and getting to know them you will soon realize how hilarious they are and what similar interests that are shared.

It is quite annoying that I come up with the cleverest things to say after my opportunity to actually say it. This is something I want to work on, I am tired of being the bystander who hears everything and does not do anything about it. I have a voice, I should use it even if it means getting judgments from certain people or group of people.

(Just because you casually speak to your teachers/counselors, it does not make you their pet. It means you're mature enough to see that the differences are actually similarities.)

Has there been a time when you just want to slap some sense into people? 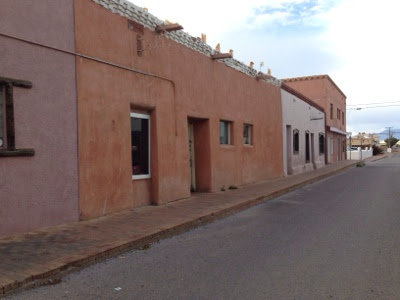