This is quite an unavoidable topic to simply skip and this has been on my mind most of this week to be in fact. As little as we begin to gain a memory capacity in our brains in which we can actually record events and have an ability to recall it for future use, social norms are already impacting us. It is crucial as babies of what we learn that parents may not realize that what they are teaching or the choices they decide to take not only affect them but their child. It could even be the tiniest of things such as the type of toys being bought, to the colors of their clothing.

Social norms is surrounding us and I do not think it is something we can put aside compared to the massive influence it has on certain countries. Speaking apart to my own country which is the United States there are numerous times at school where people will throw out the term, "that's gay" to something feminine. There are two wrongs there, one is that gay is being used as an offensive adjective in this context and two that gay is immediately associated with feminine. (Women are not weak trust me) In addition it is putting down femininity by stating that having feminine qualities automatically makes you the weaker individual. Simple ignorance of terms and phrases is something that I personally cannot tolerate because people are putting down others for things that they may not even be able to change. They probably do not understand the situation or the person to be throwing around words that may not have much meaning to say given individual but have a whole different meaning to the person that is being told. (If you're gay, I apologize for the people who put you down without even giving you a chance to shine. Continue fighting, do not let them win.)

"You scream like a girl." "Man up." "Boys cannot play with dolls, those are for girls." "Oh he's homeless, I wonder what he did to get there..." "Blue for boys, pink for girls." "The man goes to work, while the woman stay at home to take care of the kids."

Soon we learn that social norms can turn into stereotypes or vice versa that manipulate the perspective of the world. Stereotypes are not instincts so it is definitely taught from one human to another, that soon spreads like wildfire. The following examples above on our social norms (the United States) is not all but a few that I have grown up listening to from different people that I have met. At first I did not understand what these phrases and their meaning behind it because I was naive, but now realizing it is quite rude and offensive. Sometimes people do not allow others that chance to prove themselves because of many reasons for example their ethnicity and history behind the way they impacted our country. Such as the Twin Towers incident happening in September of 2001 now everyone who wears a turban are soon questioned or given judgmental looks. I do understand that at the time this event was occurring I was turned away from the media and did not know what was happening but I do know that because of something that happened in the past it should not make us paranoid of what could happen in the future. Yes be careful but do not let an event control your life. In fact, security should of been enforced before something like this had to happen to open our eyes. May those who died rest in peace.

A girl like me are constantly being tested, it is not until now that I am allowed to do more things independently. The reason why I could not was because I was not able to protect myself or take care of myself to be able to walk a few blocks from my house to the school or the library without my parents having a heart attack. I understand that they're concern but ideas like these are lowering my self-confidence. I want to be a girl with good self-confidence and self-esteem and it's like with the media of perverts attacking on girls and defacing them, models defining what is "beauty", and with job opportunities and their tensions it is like an endless test to prove myself that I can do it. Same with guys because they are just affected but the country that I live in it's a male dominant country. Please do not tell me that girls have gotten their right to vote and privileges because of the 19th Amendment and everything is all dandy. I would be content if the pay was equal to men, that I am not expected to always be at home taking care of my child, and for once see a single mom taking care of her child without having to be asked questions of the father and how she's going to support herself and her child.

I live in a world where no one can win so we decide the path to where we can lose the least amount and still barely make happy. This blogpost is something out of the usual to what I write but I would like to see what your opinion it is to either social norms or stereotypes of your country. By means this was not written to cause arguments or to attack anyone mentioned. I respect your opinions and it is fine to think differently of the things mentioned today. I apologize if I hurt anyone's feelings. 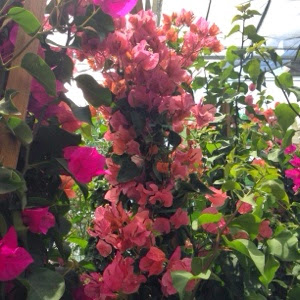