Lately I have felt this heavy, not necessarily physically but like this weight of emotions on top of me that has kind of been suffocating for a while. It was not until yesterday when I spoke with my Dad did I realize that there was something that I had to change about myself. For that reason I want to share a story that he told me during our talk.

There was once a gardener and a carpenter. The gardener came to work and first he wanted to cut down some trees to make room for his garden but the machine just wouldn't turn on for him. Moments later he attempted to do another task in the garden but it started to rain that interrupted him again from completing his task. It was bad thing after bad thing, and when it was time to go home his car would not turn on so he asked the carpenter if he could take him home. The carpenter said yes because he had noticed the gardener going through his hardships. As they arrived home to the gardener's house, before the gardener went inside the house he encounters this tree on the side of his house. He touched the tree and once when he was done he invited the carpenter into his house for a cup of coffee. Drinking his coffee he begins to see the gardener playing and laughing with his children as if nothing were to happen. Which the carpenter found strange because didn't he experience a troubling day at work? When the carpenter was about to leave, the gardener escorted him out but before the carpenter could leave he had to ask him what did he do to the tree that made him lose all this anger. The gardener then said, that is the tree where I leave all my problems that has happened to me during the day. The next day I go back to the tree to pick up my problems as I go to work but usually its less problems then what I had left the night before. And with that the carpenter left in his truck.

I have always had this issue of wanting to help people and I also have this bad habit of carrying other people's burdens with me. And I told myself, I need my own tree. I need a place where I can put all these troubling thoughts and frustrations in one place, in that way it does not affect my performance in other things. It is not fair that I was affecting the people around me who did not have anything to do with my situation and it was time that I changed that. I have decided to just stay in this neutral state, I cannot force help on those who ask for it and it should not be my problem because honestly it is not my problem. I am not the one having to live through other people's situations, which is why as of now I should focus on what I have to get through and to get done. If people need help, then I'll help but that is if they only ask me for it. I also struggled to find people who would understand what it is that I was going through and all this time I have been overlooking my family for many years. It was not until my aunt told me that why I was telling outsiders my problems when I have a family who knows exactly what is going on. So guys please, do not take your family for granted because when they say they are there for you I kid you not they are there for you. And if that is not the case, usually those who are there for you, are there for you. Be careful who you tell your problems to.

How have you guys been? I hope you guys are all doing well. 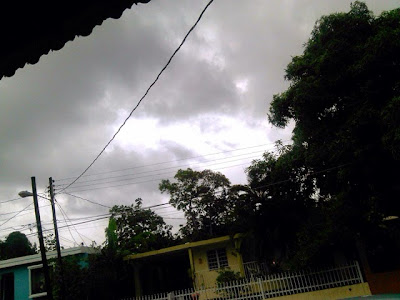